As promised, I’ve begun my foray into donut land.

Though I haven’t been there long, I see that donut land is a wonderful place, full of complexities and varieties as far as the eye can see. I started my journey with a cake-type of donut from the book Baked Explorations. I used the Farm Stand Buttermilk Doughnuts Recipe. And even though this is a published book, the Baked boys have been kind enough to put that recipe online. You can find it here.

I have sung the praises of their first book Baked: New Frontiers in Baking MANY TIMES. So I thought starting with a recipe from them would be a safe bet.

It was, and it wasn’t. Deep frying, I can now see, is an art and a skill that will take a bit of time. My oil was too hot at first (though mysteriously because I used a very good thermometer, perhaps it was the pan, only cast iron from here on out) and so when I dropped my donuts in they cooked too quickly on the outside and were still mushy on the inside. But after a batch or two, I got the oil to the proper temperature and got the hang of it. I believe the goal of the recipe is to produce a crispy crunchy outside, and a soft nutmeggy cinnamonny (real words…) spiced cake inside. Also, when you have the temperature correct (and the thickness of the dough) they puff up into that fabulous round “O” shape. It’s quite satisfying.

I was surprised at how brown they were, but compared to the pictures in the book, that seems to be correct.

Here are some pix. These are some of the shape rejects… 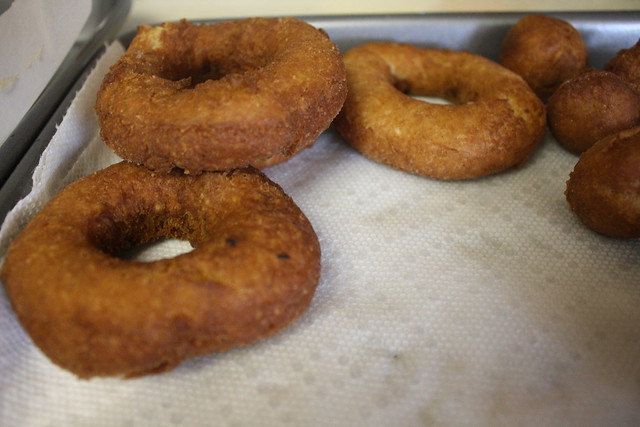 Here are some much more satisfyingly shaped ones. Ignore the copious amounts of oil. 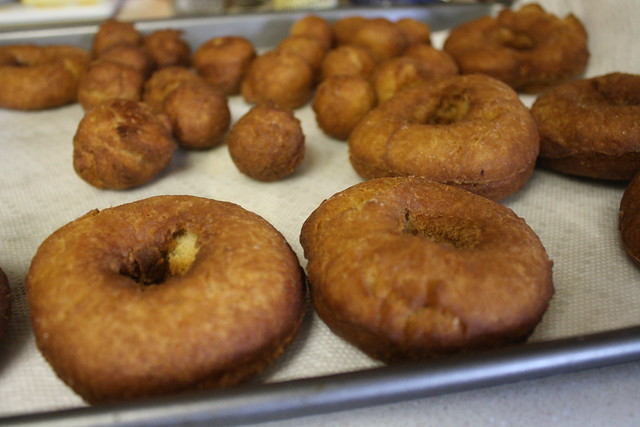 Maybe you’re wondering how to keep your baby safe when they INSIST on being in the same room as you, but that room has boiling hot oil…well here’s a suggestion.

I don’t know, maybe I did them too brown? They were moist on the inside. (I know people have an aversion to the word moist, but if you bake, you tend to use it, and you’ll just have to get over it!) Donut holes are pretty cute, huh? 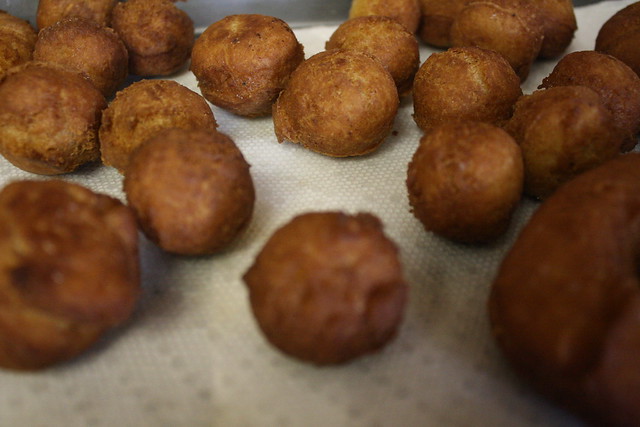 I iced them with a chocolate glaze and a vanilla glaze. I preferred the vanilla because it was a bit lighter and sweeter, which I thought paired well with the dense cake donut. Here you can see the inside once I got it right. 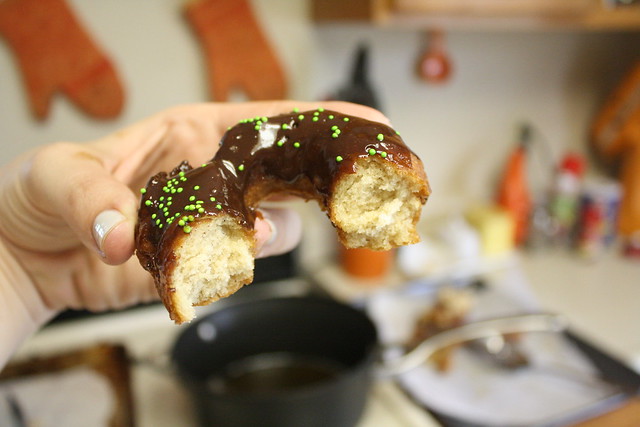 And here are some pseudo-glamorous glamor shots. 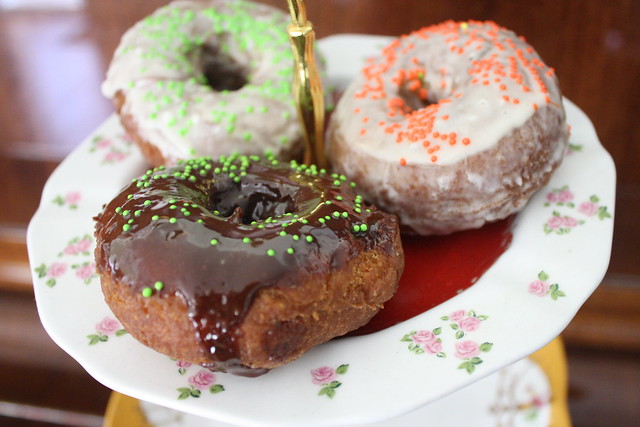 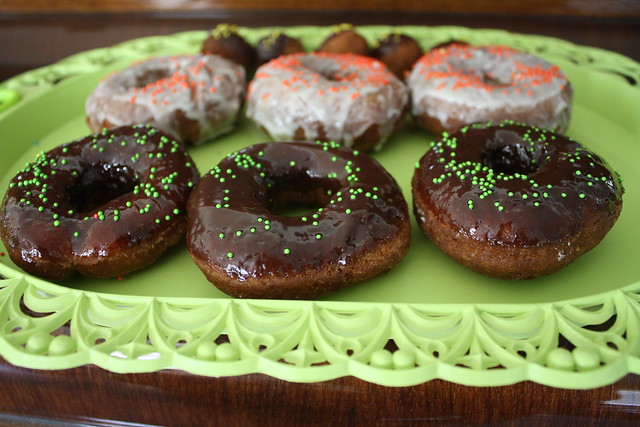 These particular donuts really need to be eaten RIGHT away. Even by later in the afternoon they had lost a lot of their luster. So I made quick work of giving them to the nearest neighbors. I have to get rid of them ASAP otherwise Eric and I will devour them.

To be 100% fair to the Farm Stand Buttermilk Doughnuts they were pretty damn tasty. I just have a high donut standard and would like to give them a chance once again after I’m a little more experienced.

Eric had to work VERY late the other day and he said I could use the money he made to, “buy myself a treat” so I quickly got online and bought a donut cookbook, a mini donut pan, and a donut pastry cutter! I CANNOT wait for them to arrive.

If any of you doughnut veterans have any tips…DO SHARE.

I leave you with an adorable pictures of one of the only things I love more than baked goods. 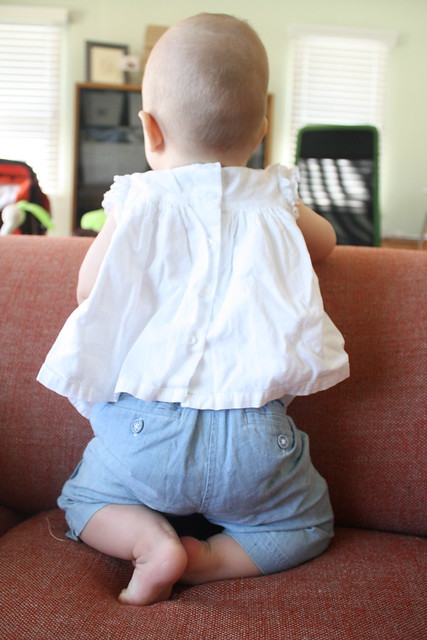